Holy Trinity D’Alton Cup squad were defeated in the Semi Finals yesterday by St Patrick’s Cavan. It was a tough game for the boys as they had already played a quarter final on Monday that went to extra time. They fought hard but it was not enough on the day. This was the boys first year in Ulster Colleges ‘A’ Football, it was a great achievement for them reaching the Semi Finals, having defeated Abbey CBS, St Pats Armagh and St Michael’s Enniskillen along the way. Well done to all involved. 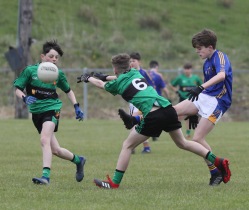 Eanna Ward keeping an eye on the ball 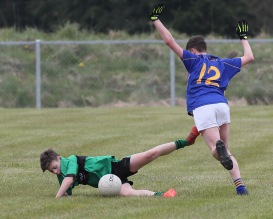 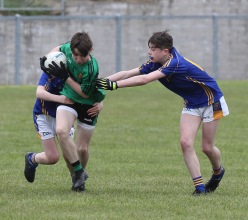 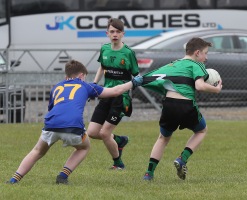 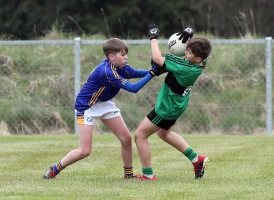 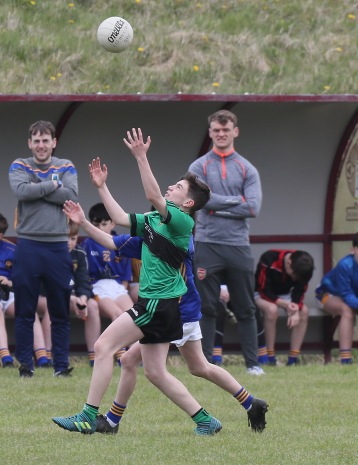 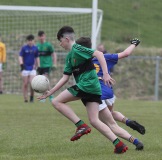 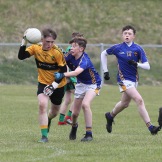 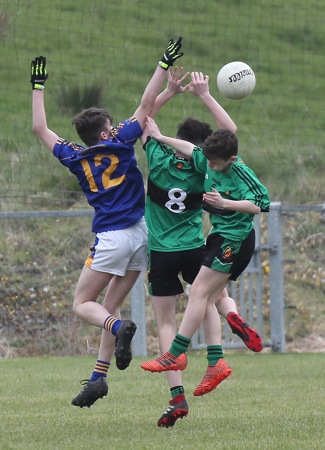 Well done to our Year 9 Boys who have reached the Dalton Cup Quarter finals after wins over Abbey CBS Newry and a 4-11 to 1-11 won over St Pats Armagh. The Quarter Final against St Michael’s Enniskillen will take place next Monday.

Another big win for our Corn Colmcille (Year 9s) today. It finished 9-11 to 0-7 v Carrickmacross. The boys are now into the quarter finals.

Year 11s off to a Great Start!

Well done to our Treanor Cup (Yr11) squad who had a one point win over Letterkenny earlier today. The boys were six points down with 12 minutes to go but finished up HTC 2-11 v 3-7 St Eunans. 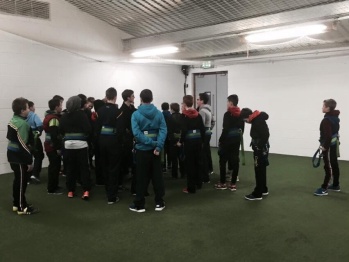 Saturday saw over 50 year 8/9/10 pupils head to Croke Park to watch the International Rules Game between Ireland and Australia. It was a great day out leaving Holy Trinity at 9am and returning late that night after cheering on the boys in Green! The trip included a skyline tour of the stadium, and stadium tour, lunch and a special guest talk from Tyrone captain Sean Cavanagh. It was a great day out for everyone, with special thanks  to Mr Canavan, Mr Forker, Mr O’Donnell, Mr McGirr, Mr Stevenson, Mr McKeever and Mr A McKeever for making the trip. Well done to everyone involved!! Ozzie Ozzie Ozzie!!!!

Best of luck to our Year 8 squad who take on St Ronan’s Lurgan in the Semi Final of the Oisin McGrath cup on Tuesday!

Hard luck to our Year 9 (Corn Colmcille) squad who lost out in Final of the competition on Tuesday past. The boys put on a great show, but lost out to Carrickmacross who were the better side on the day. Well done to all pupils involed as well as Mr Forker and Mr McAnenly . It was a great year and hopefully the boys will bounce back next season. 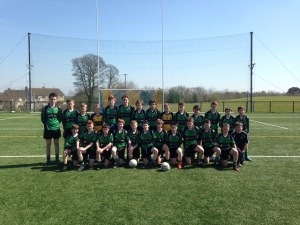 Well done to our Year 8/9 Boys as well as Mr Forker and Mr McAnenly who have made history by becoming the first Holy Trinity team to reach an Ulster Colleges Final. The boys had a brilliant victory over Tyrone rivals St Ciaran’s Ballygawley last Friday. The final has been scheduled for next week and the boys will hope to bring back the first Ulster Colleges Trophy (Corn Colmcille) to the school. Well done to all involved!

Holy Trinity’s Corn Colmcille dream came to an end at Newbridge on Wednesday afternoon when St Louis Ballymena came away with a 3-9 to 3-6 victory. It was a great performance from the Holy Trinity youngsters, who were just short on the day. Well done to all the players and their coaches on an excellent campaign this year. 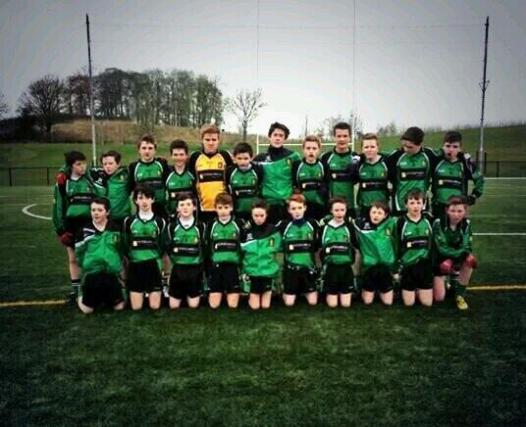 Holy Trinity College reached the Corn Colmcille Semi Finals after a comprehensive victory over St Columb’s College at Banagher on Thursday morning. The opening exchanges were close with the sides level at 0-4 each after fifteen minutes. Goals from Dylan Bloomer and scores from Shane Murphy left the Cookstown boys in control at half time on a scoreline of 3-7 to 0-8. A second half fightback from St Columbs saw them reduce the gap to just three points, but Holy Trinity went on a late goal spree, with Fearghal McGarrity, Eunan Devlin , Declan McNally and Shane Murphy all finding the net. This proved to be a great team performance with Conor Loan and Sean McKenna outstanding throughout. Holy Trinity will play St Louis Ballymena next week for a place in the final.

Holy Trinity College, progressed to the Corn Colmcille Quarter Finals with a hard fought win over St Eunan’s Letterkenny, at Garvaghy on Wednesday. With comprehensive victories over OLASP Knock and Ballygawley in the previous group games, they got a much tougher test against the Donegal boys. It was Letterkenny who started the brighter, getting the opening two scores of the game, before a goal from Shane Murphy opened the Holy Trinity account. Letterkenny had much the better of the first half and led 1-4 to 1-2 at the break. It was a different Holy Trinity in the second half and the introduction of substitute Conor Devlin helped change the complexion of the game. Holy Trinity began to dominate and goals from Dylan Bloomer and Pauric Lagan put them ahead, and a brilliant defensive performance from Kyran Robinson kept St Eunan’s at bay. The game was in the mix, until the last ten minutes when goals from, Dylan Bloomer, Pauric Lagan and Conor Devlin sealed a hard fought victory on a final scoreline of 6-5 to 2-4.  Holy Trinity await their Quarter Final opponents from Group A, In a game that will be played on the week of 24th March.